Why Every Kid Should Learn to Code

Everyone knows kids pick up new languages more easily than adults. It turns out that’s also true for the languages that program computers!

Writing computer code, usually referred to as “coding,” is a lot like learning a new language. This language tells an electronic device like a computer or a smartphone exactly what you want it to do. The younger we expose kids to this type of communication, the better prepared they are to excel in a rapidly changing world. Kids as young as four and five can learn how to code – even before they can read and write! 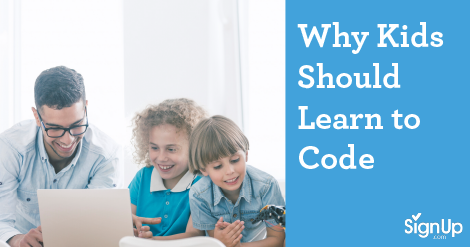 You might be asking yourself if it’s a good idea, though, given how much parents are seeking to limit their kids’ screen time. It turns out that it’s a fantastic idea!

Why expose your kids to coding?

1. Technology Isn’t Going Anywhere. Kids will be using technology throughout their lives. By teaching your kids to code, you can unlock their creativity and turn them into creators telling the screens what to do rather than passive consumers. Computer science will be part of just about everything kids do – from engineering to teaching to art to medicine to entrepreneurship.

2. Jobs Will Depend On It. There are entire careers that use code directly, like application and web programmers, software developers and engineers, and even graphic designers. And there are, and will be, many other careers where knowing how to code is an asset – jobs in design, communications, manufacturing, and information sciences.

3. Coding Provides a New Literacy in Today’s Changing World. In the same way kids need to be able to read and write and live within a budget, they will need to know their way around the language that makes technology possible. Kids who don’t have a basic working knowledge of coding will be at a disadvantage to their more tech-savvy peers.

4. Everyone’s Doing It. In 2016, President Obama announced the Computer Science for All initiative, a far-reaching effort geared toward giving every student in America the opportunity to learn computer science. There is a special emphasis at getting girls involved early, as many studies have shown that the earlier girls are exposed to computer science, the less of a gender gap there is later in adolescence.

5. It’s FUN! Parents across the globe are exposing their kids to coding, and even using coding as a family bonding exercise. Parents can spark an interest and learn to code WITH your kid in a fun, FREE community event called Family Code Night that any elementary school or youth group can host. Get your FREE Family Code Night Kit > 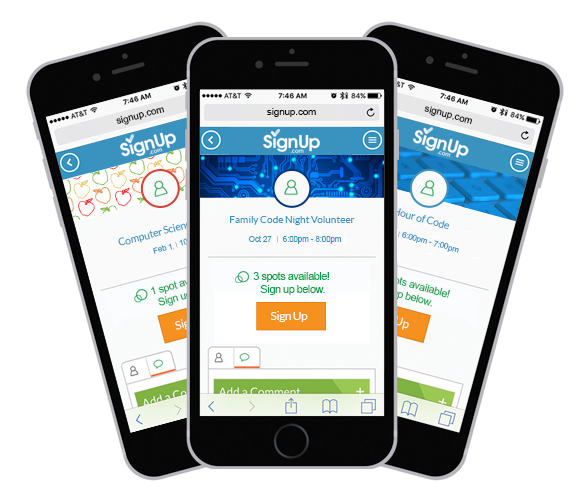